The humanity beneath your Uber driver’s star rating

“How’s business?”
“I’m not talking to customers today.”
Well, this is getting interesting.
I persisted. “What’s going on?”
“Some guy gave me 2 stars yesterday.  And I drove for 13 hours yesterday and made $37.”

When I booked my Uber on my way to the Houston airport, I noticed the driver–Anne–had 4.7 stars out of five.  Most drivers care very much about their star rating, with Uber penalizing drivers if their star rating drops too low.  4.7 stars is about the lowest I’ve ever seen an Uber driver.

When my colleague John and I got into our Uber and had the above exchange, I got an inkling of why she may have received two stars from a passenger.  Anne was having a bad day or, likely, several bad days.  I had known Anne all of 30 seconds and she had made quite an impression on me.

I recalled a recent terrific podcast Tim Ferriss hosted with comedian Whitney Cummings.  In it, Whitney describes how she deals with the daily struggles of life and people and her needs and their needs.  She simply says to herself prior to interacting with anyone for the first time, “I love you.” This simple act humanizes the person and allows her to see that they are just as frail and broken as she is, though in different ways.

After the humanless computer program failed to deliver any decent fares yesterday and some guy penalized her for feeling frustrated, Anne was feeling unhuman.  The easy way out would have been to simply murmur something polite and then stare out the window for the next 20 minutes and hope she didn’t say anything else.

But Anne opened up.  “I just graduated from nursing school and I can’t find a job so I’m doing Uber to pay the bills in the meantime.”  As she talked about her 22 years as a phlebotomist, her passing of the state nursing boards last week, and the other humanless computer program online that overlooked her resume since she hadn’t seeded it with relevant keywords, I looked at her less as a number of stars and more as a human.

As she talked, her voice and her eyes conveyed her passion for helping children and cancer patients.  She understood intuitively that being a nurse is only partly about technical skills, but more about connecting with her patients.  These kids were scared to have their blood drawn and she let them have control on when she did it because kids in hospitals often feel like they don’t have any.

After faceless computer programs kept dinging her, Anne felt that she didn’t have control either.  John recommended an organization that he had volunteered with, Jobs for Life, that connects job seekers with volunteer mentors to help with the transition to work.

Not only will mentors and informational interviews help unlock the hidden job market where most jobs are found, but those people you meet along the way become your cheerleaders.  They give you hope when you feel like you can’t write one more cover letter or thank you note.

As we were getting out of the car at the airport, Anne remarked to me and John, “You have been so helpful. And I wasn’t going to talk to you today!”

I’m glad a computer program can’t get in the way of that. 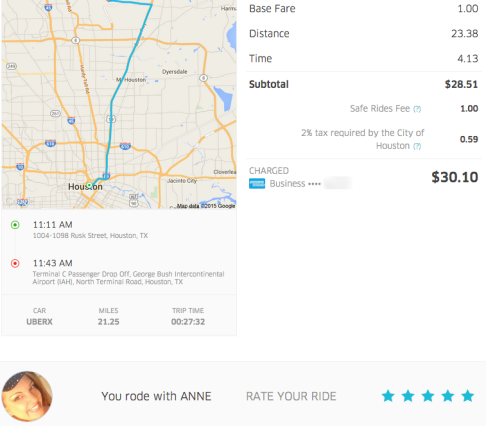